7 Sure Signs that He’s Into You

Does he like you or is he just being nice? Does he want a date or just a fling? Who can tell? Why does it have to be so damn complicated?

The “does he like me” question is a very common cause of confusion among women. It should not be that difficult, right? It’s a simple yes or no question. Then why does it drive so many women bonkers?

Let’s make one thing clear: most of the time, if a man is into you, he’s going to make it obvious. Sometimes even too obvious. For better or for worse, men are not good at being subtle. Nonetheless, a guy won’t normally come out and say “I like you” straight to your face. Thus, you’re going to have to use feminine intuition.

Though it’s true that men tend to be vague about their feelings, a man’s body language is usually explicit and straightforward. It will tell you everything you need to know about him and his intentions. His movements: how he gestures with his hands, how he stands, how he looks at you – all these are indicators of what a man is thinking.

Here are some practical tips to know whether he’s into you:

When a man pays special attention to his appearance, he does it to impress you.

He makes the first move

Did he ask for your number? Did he message you and ask for a date? These are without a doubt the clearest signs that a man is into you. When a guy makes the first move, it means he likes you and wants to get to know you better.

He has sweaty hands

When you touch his hands, do they feel damp and clammy? Perspiration is a sign of nervousness. Sweaty hands, though far from sexy, are likely a sign that he feels nervous around you, which (unless you’re his boss) usually means that he likes you.

Does he go out of his way to graze your arm or touch you with his hands? This is a sure sign that he’s attracted to you. These touches are not accidental. They mean that he likes you and wants to get closer to you physically.

He speaks slowly and calmly

Are his words slow and calculated? It probably means he’s being extra careful about what he says and how he says it. He’s speaking slowly because he wants you to understand what he says, and he’s trying not to stumble over his words.

He’s happy to be with you

Do you notice he acts exceptionally happy and cheerful whenever he’s in your presence? A man who likes you will usually feel happy and relaxed when he’s with you. He’ll crack jokes and make eye contact. But most importantly, he’ll smile.

He gets creative with his compliments

Does he give you sweet compliments like you’ve never heard before in your life? It requires greater effort to compliment someone on something that isn’t obvious (a physical trait) and to look deeper for something he truly considers unique.

He dresses sharp for dates

Do you notice he always looks extra handsome every time you’re out together? Does he dress nice, put on cologne, comb his hair and shave for a date? Those are all good signs! When a man pays special attention to his appearance, he does it to impress you. 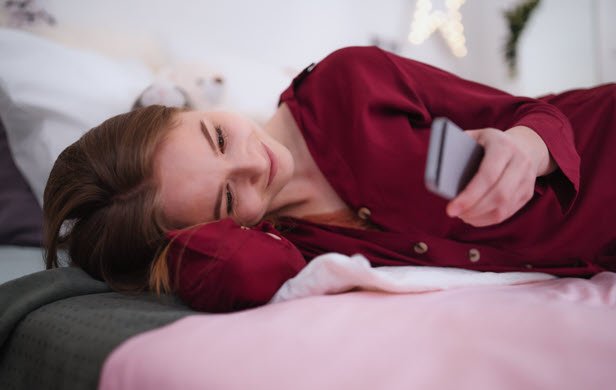